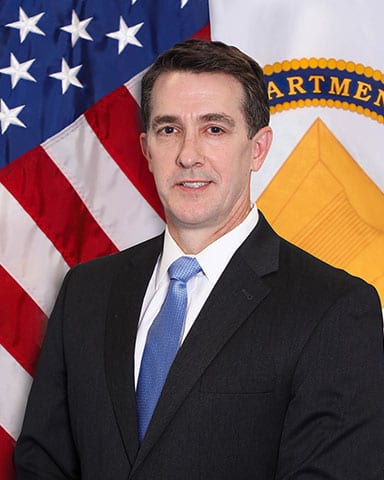 Prior to joining PEO Soldier, Andy was employed in the private sector by Leidos, a major defense, health, and infrastructure firm. As the Director for Major Acquisition Programs, Mr. Clements was responsible for defense and security contracts valued from $30 million to $1 billion.

From 2013 through 2015, Andy Clements served as a Department of the Army Civilian in ASA(ALT) under the Deputy Assistant Secretary of the Army – Procurement (DASA-P). Originally hired to perform acquisition career management functions in Career Program 14, Andy soon moved to a supervisory position as the DASA-P Chief of Staff.

Andy was commissioned a second lieutenant of Infantry in 1990 after graduating from the United States Military Academy, West Point, NY where he earned a Bachelor of Science degree. He also holds a Master of Military Studies from Marine Corps University, Quantico, VA and a Master of Science in National Resource Strategy from the Industrial College of the Armed Forces, National Defense University, Fort McNair, Washington, DC.